If your club burgee is not here contact the Bullseye Webmaster using the Contact Form to have it added.

The Evolution of the Bullseye Sailboat

The shape of this hull was designed by Nat Herreshoff in 1914 and built by Herreshoff Manufacturing Co. in wood. Originally named the Herreshoff Bull’s Eye, and nicknamed the 12½ for her water line length, she was available in gaff or Marconi rig with a thin waterway and through the transom tiller. In 1938 she was modified with a wider water way and an above transom tiller, and was named the Fishers Island Sound Bull's Eye. In 1947 the rights to build the Herreshoffs were purchased by Cape Cod Shipbuilding Co. ®, and the jigs, forms, patterns were moved to Wareham.

In 1949 work began on a fiberglass model of the Fishers Island Sound Bull’s Eye. The only alterations were the aluminum mast and cuddy cabin, designed by Nathanael’s oldest son Sidney Herreshoff. The fiberglass version with cuddy and aluminum Marconi mast was named the Cape Cod Bull’s Eye and the design has remained unchanged ever since. Today Cape Cod Shipbuilding Co. makes both the fiberglass Cape Cod Bull’s Eye and the fiberglass Herreshoff H-12½. Throughout this evolution of different decks and rigs, the shape of the hull has remained the same, and true to the original wooden frames built and used by the Herreshoff Mfg. Co.

Cape Cod Shipbuilding is proud to be the only company with the exclusive rights to build the Nat Herreshoff designs. 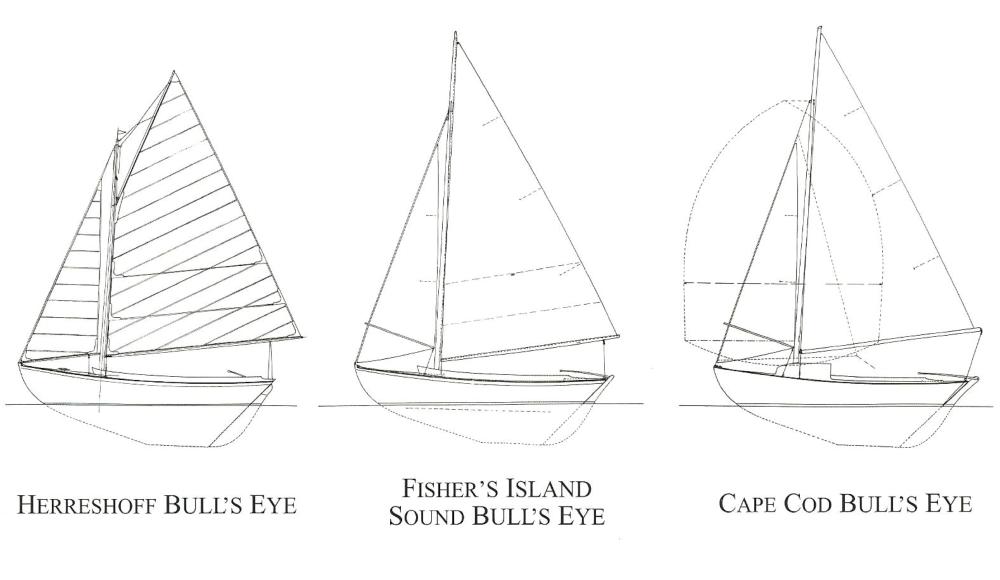